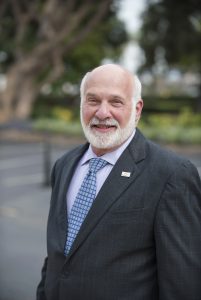 Mr. Berns will be speaking about issues affecting people with disabilities from the national perspective at our awards ceremony on Dec. 11th.

Peter Berns is a nationally recognized nonprofit sector leader and public interest lawyer who was named Chief Executive Officer of The Arc of the United States in July 2008. Prior to his appointment at The Arc, Mr. Berns served as the Executive Director of the Maryland Association of Nonprofit Organizations. Berns has extensive advocacy experience, including federal and state trial and appellate litigation, federal and state legislative and regulatory advocacy, community organizing and grassroots advocacy, and media, public and community relations.  Mr. Berns also has extensive expertise in the governance and management of nonprofit organizations and associations.

In 2011 he was appointed by President Barack Obama to the President’s Committee for People with Intellectual Disabilities where he continues to serve.  He has been named six times to the Nonprofit Times’ Power and Influence Top 50 list, most recently in 2015. A frequent lecturer, facilitator, consultant and trainer, he has served as an adjunct faculty member at Johns Hopkins University.  Mr. Berns has a J.D. from Harvard Law School, an LL.M from Georgetown University Law Center and a B.A. from the University of Pennsylvania.

We are lucky to have him as our speaker this year and look forward to the information he has to share with us.