TARC’s Executive Director, John Gajda, will be receiving the prestigious Lifetime Achievement Award at this year’s 28th Annual Advocacy Awards and Volunteer Recognition event on December 11. The award will be renamed the John Gajda Legacy Award in honor of John’s passionate support and fervent advocacy for individuals with developmental disabilities and their families. 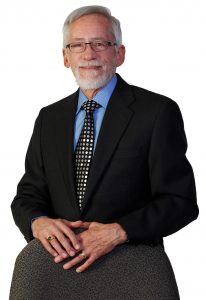 Under John’s leadership, TARC has grown from three employees and an operating budget of less than $100,000 to a major force in advocacy for people with I/DD in Oklahoma. At its high point, TARC employed 21 staff with offices in three cities managing an operating budget of more than $1.1 million. Through the end of the 2017 fiscal year, TARC has administered more than $15m worth of contracts from the Oklahoma Department of Human Services Developmental Disabilities Services.

John has served on numerous councils and committees. He currently serves on the statutorily mandated Advisory Committee on Developmental Disability Services that advices the Oklahoma Commission for Human Services on programs for people with I/DD in Oklahoma. John is also serving on the Consumer Advisory Committee of the UCEDD/OK-Lend program at the University of Oklahoma Health Sciences Center. This is the federally funded University Center for Excellence in Developmental Disabilities in Oklahoma. For the past 8 years, John has served on the Tulsa Mosaic Taskforce on diversity coordinated by the Tulsa Chamber of Commerce where he continually helps guide the inclusion of disability as an aspect of diversity, a key component of the taskforce.

Now in its 28th year, John established the TARC Advocacy Awards and Volunteer Recognition event in 1991 as an opportunity to recognize the good work that is being done in Oklahoma by individuals addressing issues that impact the lives of people with developmental disabilities. This awards ceremony gives credit to disability advocacy champions and encourages others to follow in these role models footsteps.

During his 44 year career, John has been an inspiration to many in the community and has made a substantial impact on the lives of those with disabilities and we hope you can join us at the Advocacy awards to extend best wishes to John as he prepares for retirement. For information on how to reserve seats, Click here.